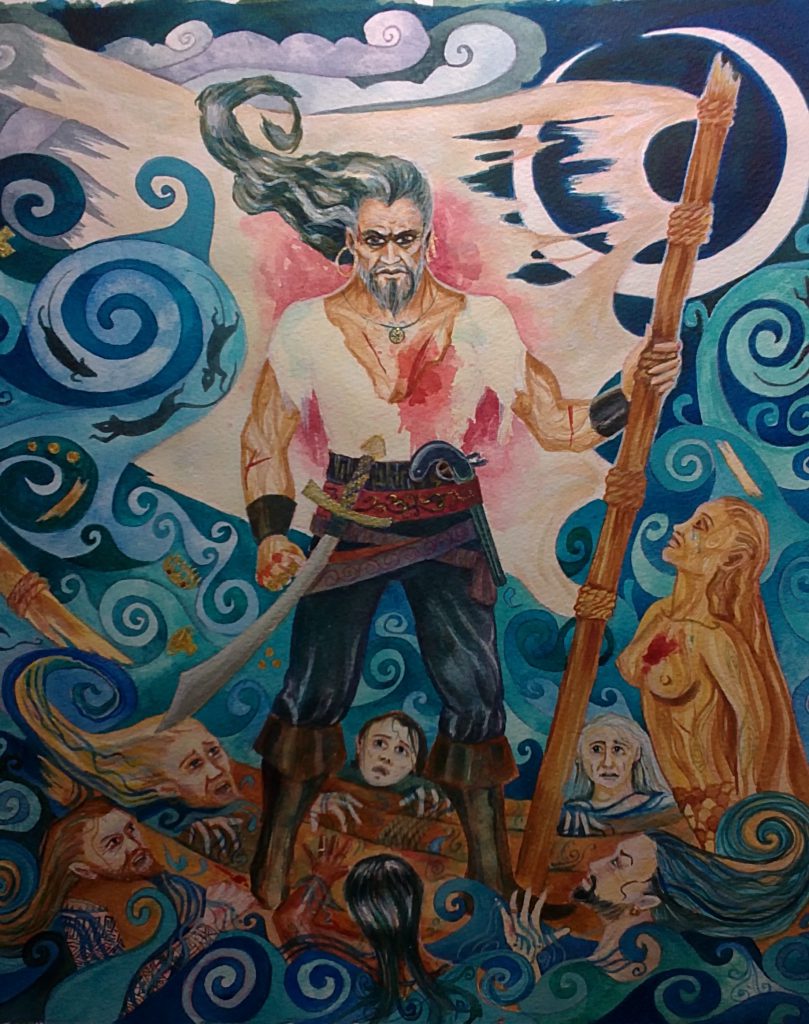 I wrote this translation of Vysotsky’s Еще не вечер in the run-up to the 2014 Scottish independence referendum. In the original Russian version, Vysotsky has in mind the veteran theatre director Yury Lyubimov, under whose inspired Brechtian leadership the Taganka Theatre departed from the Stanislavskian method-acting approach of the state financed Moscow Art Theatre. Here, the pirate ship serves as a metaphor for the Taganka, facing the might of the “navy” but never quite succumbing to its attacks. In my translation, the pirate captain is Alex Salmond – while the ship is, of course, Scotland.

2 thoughts on “It isnae over until it’s over”