Rhyming Thomas & the Faery Queen: performance (in Russian) of the modern version of the 13th-century Romance of Thomas of Erceldoune by Thomas Beavitt. Russian translation by Mikhail Feygin. Video shot by Regis Tremblay at Livadia Palace, Yalta, Republic of Crimea on 21st May, 2021

Thomas Beavitt. “The Blood of the Bard: Prophecy and Succession in Russia and Scotland”, Livadia Palace Conference Presentation, Yalta, Republic of Crimea, 21st May, 2021 (in Russian)

I wrote this translation of Vysotsky’s Еще не вечер in the run-up to the 2014 Scottish independence referendum. In the original Russian version, Vysotsky has in mind the veteran theatre director Yury Lyubimov, under whose inspired Brechtian leadership the Taganka Theatre departed from the Stanislavskian method-acting approach of the state financed Moscow Art Theatre. Here, the pirate ship serves as a metaphor for the Taganka, facing the might of the “navy” but never quite succumbing to its attacks. In my translation, the pirate captain is Alex Salmond – while the ship is, of course, Scotland.

It was a big pleasure to be interviewed by this fine gentleman Regis Tremblay for his show Global Conversations. I talk about my long and seemingly inevitable journey from Scotland to Russia, my childhood background and my Global Village Bard collaboration programme.

The first single from the forthcoming concept album ‘Heraclitus Flow’, Vitruvian Woman presents an ironic and irreverent romp through three millennia of western cultural and philosophical history. Starting with the Hebrew myth of creation and original sin, it cheekily guides the listener’s imagination through Greek Homeric prehistory and the Athenian golden age, pausing to note the importance of the presocratic philosophers Heraclitus (“no man steps in the same river twice”) and Protagoras (“man is the measure of all things”), through the Roman empire and Christian nativity, via the Renaissance and so-called “Enlightenment” to the modern era. Taking into account such culturally-significant figures as Napoleon, Einstein and Julian Assange, it nevertheless places each in a context fundamentally conditioned by feminine subjectivity. In the last two verses, the author appears (“it’s getting rather hard to be a global village bard”) to give his own personal account of the postmodern condition.

©Lyrics written and performed by Thomas Riffmatch to a backing track composed by Nikita Nikitin with backing vocals by Tri Muzy and guest spots feat. Primavera and Katya Ashravzyanova, recorded and produced in Ekaterinburg by Andrey Bokovikov.

©Lyrics written and performed by Thomas Riffmatch to a backing track composed by Nikita Nikitin, recorded and produced in Ekaterinburg by Andrey Bokovikov. Russian translation by Svetlana Deryabina.

We are delighted to announce that we now have a Telegram channel! If you are reading this, please say hi to confirm that it is working!

A discussion of some of the problems arising during the course of attempting a ‘musical’ verse translation of Lermontov’s early lyric poem 1831-go IYUNYA 11 DNYA is presented. A metrical analysis of the poem’s prosodic features is carried out in accentual- syllabic, beat-prosodic and musical terms. In particular, the Russian poet’s extensive use of enjambment and caesura to create rhythmic and syntactic tension between the levels of phrase and poetic line creates challenges for a translator who aims to preserve the rhythmic structure of the original while also using the phraseological resources of the target language to the fullest advantage. In the course of the analysis, it became apparent that some prosodic features, appearing both in the source text and the attempted translation, evade full description in accentual-syllabic, beat-prosodic and musical terms. Therefore, it also became necessary to introduce the concept of “flow”, which is derived from contemporary rap music and may partially correspond to the Russian prosodic term zashagovaniye. Readers are invited to assess to what extent the translation strategies employed in this case are successful in maintaining fidelity to the source text in terms of its (i) signification, (ii) form, (iii) emotionality and (iv) singability. 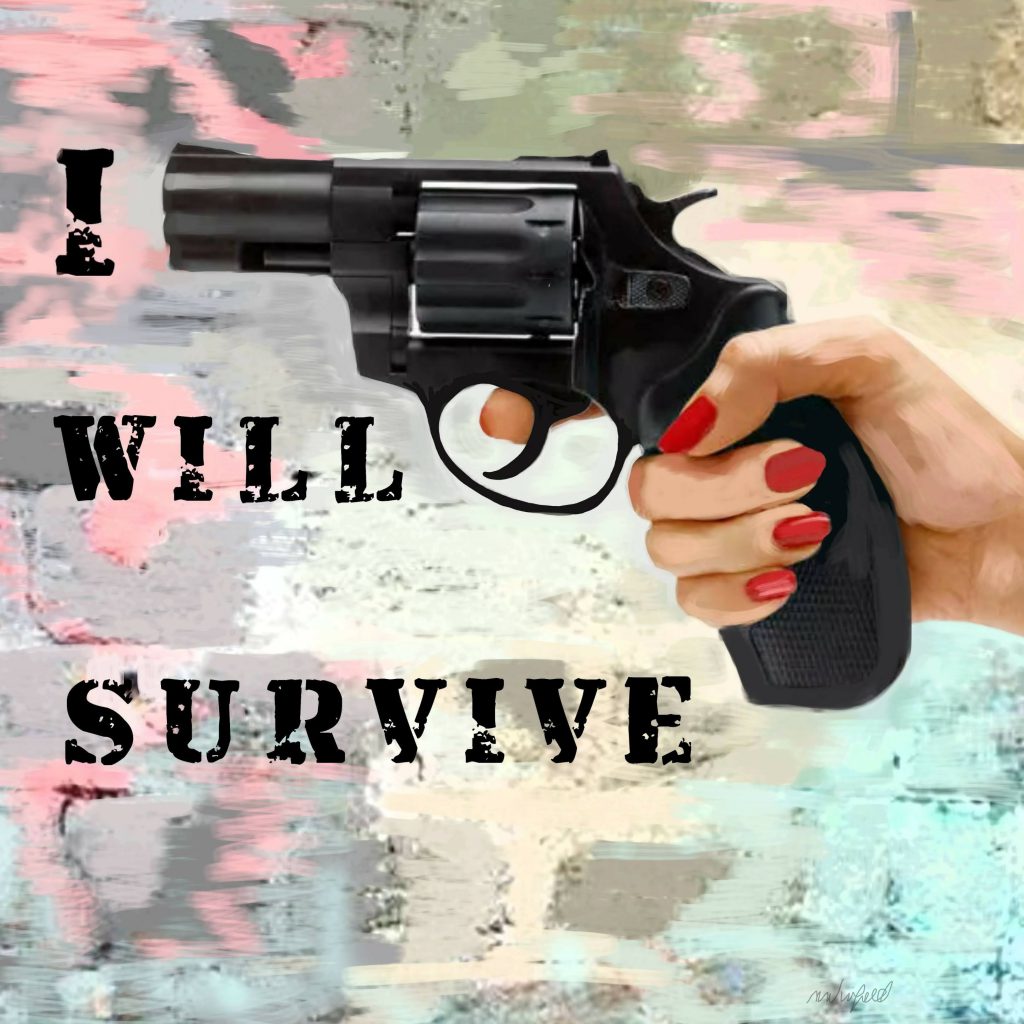 © Rap version based on the original song by Dino Fekaris / Frederick J. Perren. Additional lyrics written and performed by Thomas Riffmatch to a backing track arranged by Nikita Nikitin with backing vocals by Primavera, recorded and produced in Ekaterinburg by Andrey Bokovikov.

I am delighted to announce my invitation to perform at the 2nd Sail of Destiny festival honouring the work of the great Russian poet Mikhail Yuryevich Lermontov. The festival, which will take place on 13th-19th October 2020 in Pyatigorsk in the Russian North Caucasus, is timed to commemorate the 206th anniversary of Lermontov’s birth in Moscow on the 16th October 1814. As well as participating in various pilgrimages to important Lermontov sites, including the location of his fatal duel on 27th July, 1841, I will be performing excerpts from my Lermontov song cycle entitled Жив поэт! |The Bard is not Dead! at a gala concert and other to-be-announced events.

I have been intensely interested in Lermontov’s work for several years now. Often ranked second only to Alexander Sergeyevich Pushkin in the Russian poetic pantheon, Lermontov is, to me, the more interesting poet. Although in terms of the quantity and breadth of his output, Mikhail Yuryevich can’t claim Alexander Sergeyevich’s crown, he still managed to chalk up an extraordinary series of literary – and existential – accomplishments in his short 26 years on this planet. Even at the tender age of 17, he was already capable of sustained artistic brilliance as seen in his long prophetic poem 1831-го ИЮНЯ 11 ДНЯ (translated by me under the title When a harp rings out boldly in eternal halls of fame).

I first encountered Lermontov’s poetry in 2014, the year of his 200th anniversary, which coincided with a conference in Moffat (Scotland), the project to install a bronze bust of Lermontov in the nearby village of Earlston, home of his semi-mythical forbear Thomas the Rhymer (whose surname was Learmonth), and a request from Maria Koroleva – a Lermontov descendant and prominent Scotophile – to translate some of Lermontov’s poems in such a way as to preserve their music. At the same time, I was working with some Middle English manuscripts of Thomas the Rhymer’s semi-autobiographical masterpiece to produce a modern (Scots-) English version entitled Rhyming Thomas and the Faery Queen. Both of these texts would later form the basis for the song cycle Жив поэт! |The Bard is not Dead!﻿

Rhyming Thomas and the Faery Queen was brilliantly translated into Russian by my long-term collaborator Mikhail Feygin under the title Томас Рифмач и Королева Эльфов.

While translating Lermontov’s poetry, I noticed that the music of his language reveals itself through the act of translation. Perhaps this is true of all poetic translation. The result was the song cycle Жив поэт! |The Bard is not Dead!, which is currently being arranged for bard, choir and orchestra by the Ekaterinburg-based violinist and arranger Tatyana Terekhova. The score will be presented at a special event at the Lermontov State Museum-Zapovednik in Pyatigorsk on Saturday 17th October.

At some point, I hope that a performance of Жив поэт! |The Bard is not Dead! will be staged in full format, i.e. bard, choir and orchestra. For this, both artistic collaborators and sponsors will be required. Such a performance can either be in Russian or English (ideally both stagings will happen at some point), bringing the wonderful music of Lermontov’s poetry to life alongside that of his legendary forbear Thomas the Rhymer. If you are interested in helping this project come to fruition, please get in touch.