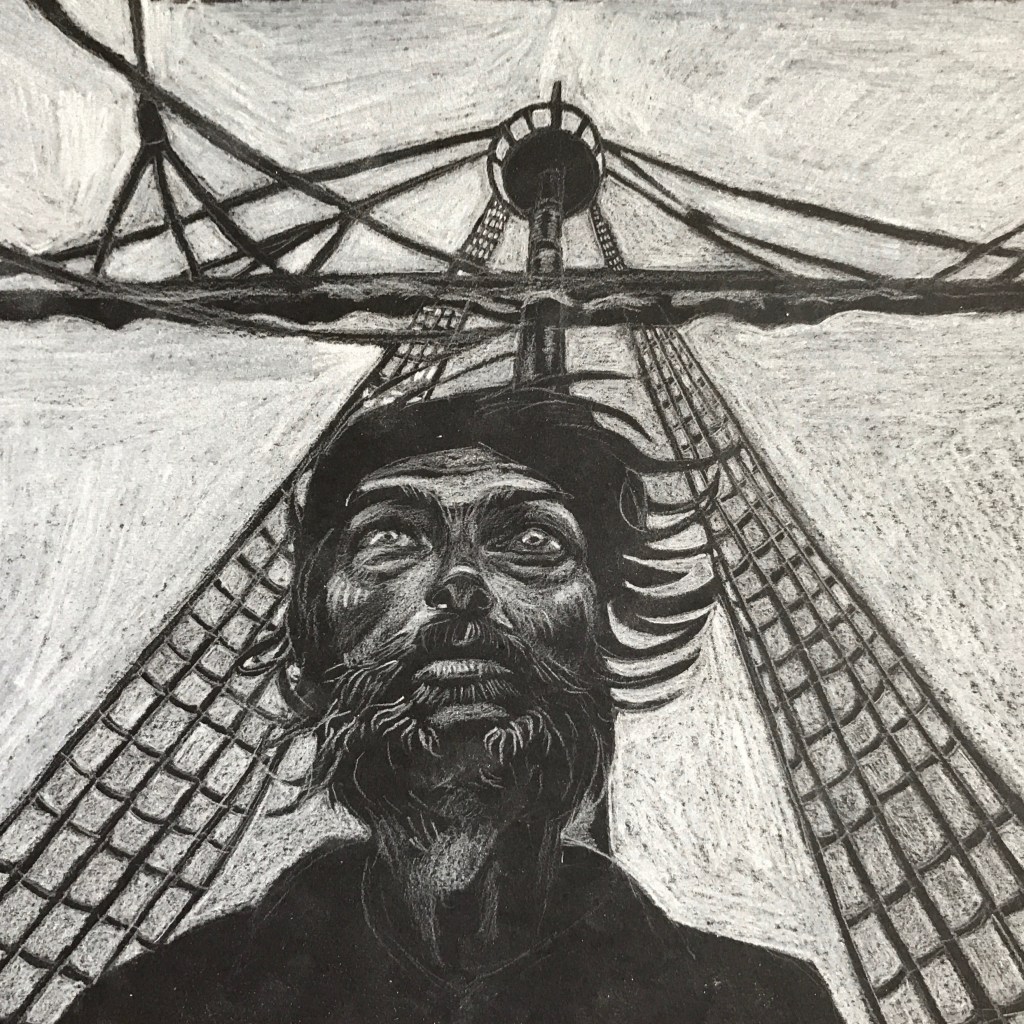 Since I came to Ekaterinburg around three years ago, I have written three new full-length songs. These were composed under the duress of a number of changes occurring in my personal life as well as my exposure to some quite new and interesting influences.

The songs were all produced by James Locke and recorded at his studio in Laide as well as on location in Ekaterinburg and Scoraig. Vanishing Point features some samples of seabirds and other maritime sound effects. Bridges (to Ajda) features some authentic recordings of Ekaterinburg, including the characteristic “zvon” (bell-ringing) of the famous Bolshoi Zlatoust church in the city centre. When the Lion lies down with the Lamb features the vocals of the “Three Muses” (Ekaterina Maltseva, Ekaterina Ashravzyanova and Rushana Kakharova). All other vocals and instrumental parts were played by me.

The first of these songs was begun while visiting my (ex-)girlfriend in Moscow after had I awoken from an unusually vivid dream. In this dream, my old friend, Martin Bush, who had died some years earlier, appeared to be trying to communicate something about an essential continuity between the land of the living and the land of the dead. In the dream, I was trying to listen to him because it seemed that what he had to say had relevance to a mutual friend, Bill Burstall, who had recently been diagnosed with terminal cancer. Although the dream Martin was not able to actually speak words, due to no longer having a functioning body, he seemed to have something definite to communicate about one’s continuing presence after death in the small world we all three shared – namely, the seascape around Scoraig peninsula in the West Highlands of Scotland.

I had moved to Russia not expecting to see Bill again; however, he held on for longer than most expected, and, when I saw him next, I sang him the song that Martin’s dream presence had inspired. He immediately requested that I sing the song at his forthcoming funeral, which I was honoured – and saddened – to do several months later.

The illustration for Vanishing Point was done by Chisha. There is no intended resemblance to either Martin or Bill of the character portrayed. I think he’s just a kind of generic mariner contemplating his own mortality.

The second song in this series was written in the heightened emotional state following my breakup with Ajda Cakardić. This event coincided with my 47th birthday and my first Spring in the city of Ekaterinburg. I suppose it is not exactly your typical breakup song. It consists of a series of impressions concerning one’s inner life, merged with a sort of external local travelogue, loosely structured around the theme of bridges. These bridges are both concrete structures and metaphors for human communication. Although burning one’s bridges with people is always saddening, a lot of what makes life worth living is the construction of new bridges. For this, there needs to be a certain amount of available space. One wouldn’t want the entire horizon to be crowded with bridges, after all! At this time, I had also burned bridges with some other people who remain important me (or they had burned them with me). Yet it is also the case that no bridge remains burnt forever.

When the Lion lies down with the Lamb

The third and last of the songs in the Perch amongst the Wires series is about conflict experienced both in the “inner”, personal dimension, as well as the “outer” world, and the yearned-for possibility of its resolution. The title and much of the imagery is drawn from Biblical and other sources, including Gurdjieff’s psychological and cosmological synthesis. It is structured around the theme of a personal journey.