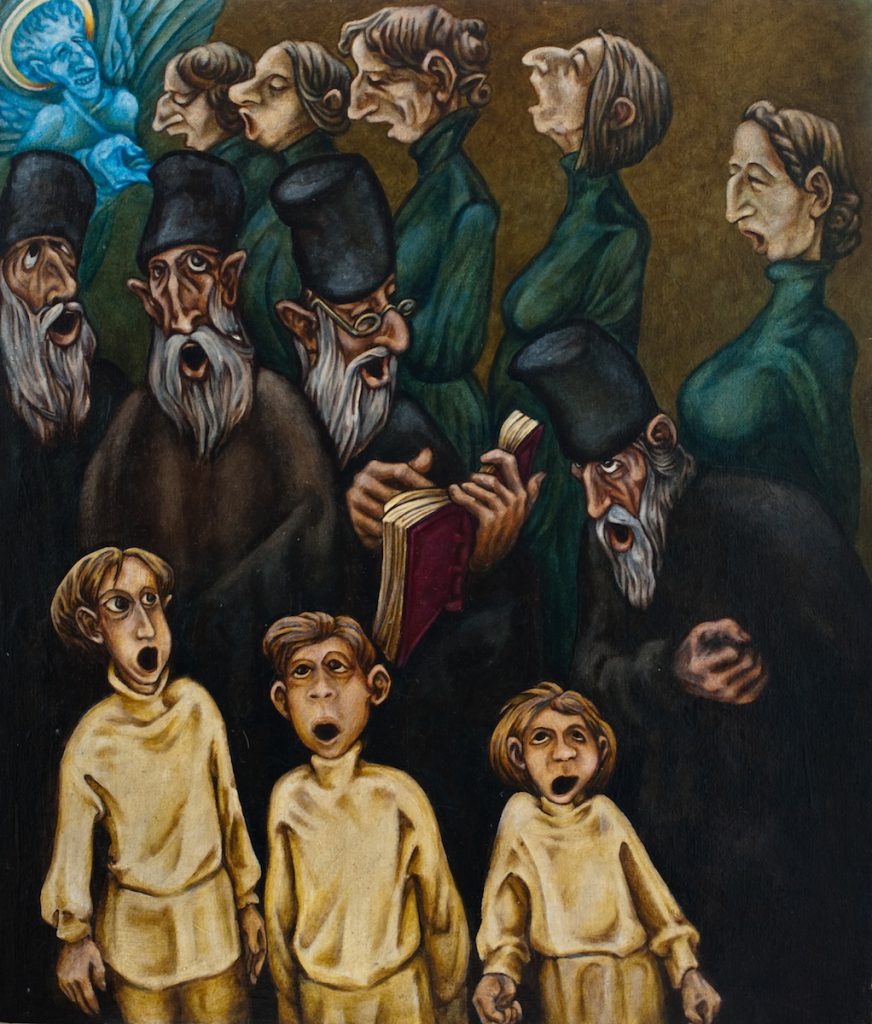 Saints & Sinners is a collaborative project between Thomas Beavitt and two Urals poets – Boris Petrov and the late Alexander Zyryanov. The English translations of Russian verses written by these poets became the basis for six songs, which (along with songs from the Бернс & Vysotsky project, were recorded over the course of a week in Scotland by James Locke and a put-together band of star musicians comprising accordionist and musical director John Somerville, harpist Carole Miller, fiddler player Adam Sutherland, bassist John Paul Spiers and drummer / trumpet player Toby Shippey.

Unlike other global village bard projects, the original intention was to record both English and Russian versions of the songs to the same recorded backing track. While all the recorded tracks consist of actual live takes, recorded simultaneously in one room, the live (English) vocal served as a guide to which the musicians responded; the actual (Russian and English) vocals were recorded later.

Clearly, a certain amount of adaptation is inevitable here. English and Russian listeners and readers have quite distinct cultural understandings that inform their interpretations of the «texts»; moreover, the Russian and English languages have quite different structures governing how meanings are transmitted in the form of words, phrases and lines.

In general, Russian tends to convey its meanings more compactly than any English translation could. In the case of St George, Arise! I chose to use three syllables in English for every two syllables of Petrov’s original Russian text, resulting in a triplet rather than a duplet feel (dum-da-da instead of dum-da).