Thomas Alexander Beavitt was born on the 19th of April, 1968 in Sydney, Australia. His father and mother had arrived in Australia the previous year as part of their round-the-world journey from Britain, which included driving overland as far as India. In 1969, the Beavitts made the journey back to Britain, visiting several countries on the way, including Japan and parts of the Soviet Union. Following their return, Thomas would spend the next five years in Northamptonshire, England.

Thomas’ father Alan, who was growing increasingly disillusioned with his work as a research physicist, had always dreamt of becoming a violin maker and pursuing this craft far from centres of civilisation. A chance encounter led to the Beavitts moving to the ad-hoc “alternative community” of Scoraig in the Scottish Highlands in 1974. Here, Thomas had an unconventional upbringing, attending the small primary school until 1980, at which time he was enrolled in Ullapool High School. To begin with, his educational achievements were quite impressive; however, a rebellious phase at around the age of 16 led to his increasing disillusionment with formal studies and a summer spent working at the famous Glastonbury music festival. In 1985/86, Thomas attended the specialist music unit at Broughton school in Edinburgh.

For two years after leaving school, Thomas worked on a fishing boat. At the same time, he was developing his lifelong interest in poetry and music – writing songs, as well as singing and playing guitar at local venues. An interest in the work of the American folk troubadour, Michael Hurley, led to a correspondence and an invitation to visit the USA. Deciding to combine the trip with a visit to the land of his birth, Thomas set off in the autumn of 1989, flying to New York from London and then hitch-hiking, first around the eastern seaboard of the USA, and then, following Interstate Highway 70, west to California. After spending six weeks in the USA, travelling and visiting friends and acquaintances in Vermont, Massachusetts, Colorado and California, he flew from San Francisco to Sydney.

Thomas lived and worked in Australia for approximately 18 months, working as an agricultural labourer, builder and fisherman – as well as performing his music – in New South Wales, Victoria, South Australia and Tasmania.

After returning to Scotland in April 1991, Thomas pursued a musical career, recording his songs and founding the Edinburgh band The Night Kitchen. Simultaneously, he held down a number of day jobs, mainly in construction, but also pursuing other work and business ventures. As well as performing regularly in and around Edinburgh and the Highlands of Scotland, he also toured twice with The Night Kitchen in the Netherlands.

Thomas returned to academic study with the Open University, eventually graduating with a degree in French and Literature in 2011. In September 2002, he co-founded the Wester Ross Festival. From April 2003 to October 2003, he worked for the Highland Festival as an “Arts in the Community Enabler” and as a project manager for events including the second Wester Ross Festival in 2003.

In 2004, Thomas began an intensive self-study of foreign languages, including Italian, Spanish, Gaelic, French, German, Arabic, Persian and Russian, mainly using courses accessed on the Internet. At around this time, he founded the Global Village Bard artistic programme, which aims to “re-enchant the global village” via collaborations structured around core activity of translating and performing songs in different languages.

Thomas’ first visit to Russia occurred in 2008 when he performed at the Urozhai (Harvest) Festival coinciding with the Moscow Day celebrations. From this point onwards, Thomas would visit Russia more than once a year to perform and immerse himself in Russian language and culture. A successful Burns Night Festival took place at Moscow’s House of Music in January 2009; other events and projects were to follow. An invitation to perform at the Ural-Scottish Society’s Burns-Vysotsky festival in Ekaterinburg led to collaborations with Ural poets and translators including Boris Petrov, the late Alexander Zyryanov and Mikhail Feygin.

Meanwhile, Thomas spent two years living in Ljubljana, Slovenia, where he studied Slovene and provided editing and translation services to academic clients at the Universities of Primorska and Ljubljana.

Since January 2015, Thomas has been living in Ekaterinburg. He is employed as a researcher at the Kafedra of Foreign Languages at the Instutite of Philosophy and Law, Ural Branch of the Russian Academy of Sciences, where he provides linguistic support to colleagues, at the same time as pursuing research, musical and poetic projects with collaborators in Ekaterinburg and elsewhere. As well as in academic and artistic circles, he is active on social media, taking a strong interest in philosophy, linguistics and international relations (especially between Russia and the countries of the west). He has been involved in a number of higher-profile, public-facing projects in recent years, including a 2015 performance of his English translations of the Songs of the Great Patriotic War on the Mamaev Kurgan in Volgograd with other foreign guest singers and a Russian orchestra. Thomas is well-known, both in Russia and elsewhere, for his translations of Russian bards and poets including Vladimir Vysotsky and Mikhail Lermontov. He is currently working with pianist Alexander Polyakov to perform Schubert’s lieder cycles in English, Russian and German. 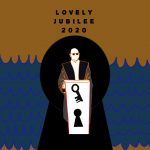 When a harp rings out boldly in eternal halls of fame

The bard is dead! 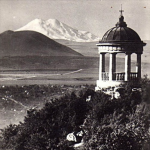 When a harp rings out boldly in eternal halls of fame 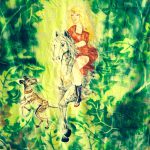 28.05.2019
Modern Scots-English version of the story of Thomas the Rhymer based on four 15th century Middle ...
Read More 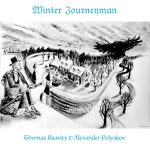 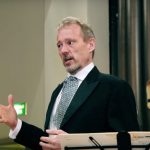