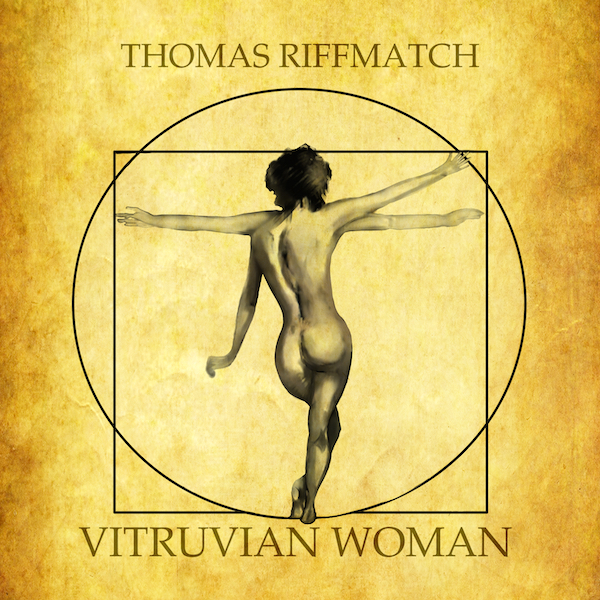 The first single from the forthcoming concept album ‘Heraclitus Flow’, Vitruvian Woman presents an ironic and irreverent romp through three millennia of western cultural and philosophical history. Starting with the Hebrew myth of creation and original sin, it cheekily guides the listener’s imagination through Greek Homeric prehistory and the Athenian golden age, pausing to note the importance of the presocratic philosophers Heraclitus (“no man steps in the same river twice”) and Protagoras (“man is the measure of all things”), through the Roman empire and Christian nativity, via the Renaissance and so-called “Enlightenment” to the modern era. Taking into account such culturally-significant figures as Napoleon, Einstein and Julian Assange, it nevertheless places each in a context fundamentally conditioned by feminine subjectivity. In the last two verses, the author appears (“it’s getting rather hard to be a global village bard”) to give his own personal account of the postmodern condition.

©Lyrics written and performed by Thomas Riffmatch to a backing track composed by Nikita Nikitin with backing vocals by Tri Muzy and guest spots feat. Primavera and Katya Ashravzyanova, recorded and produced in Ekaterinburg by Andrey Bokovikov.