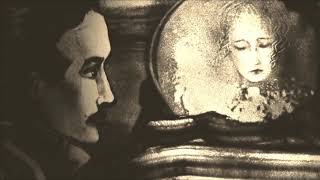 Written at the age of seventeen, 1831-go IYUNYA 11 DNYA is one of Lermontov’s most metaphysical lyrical works. According to G.E. Gorlanov, the poem “stands out against the rest of Lermontov’s work in terms of its philosophical significance”, with some stanzas having “programmatic applicability for creativity per se”. In its concentration of the young poet’s worldview, the poem paints a vivid picture of the inner life of an individual set against the grandeur of the Caucasian mountains and Eurasian steppe.

The poem is remarkable for its early concentration of the poet’s prophetic powers. In it, he quite accurately depicts his own violent death in a duel nine years later at the age of 26. Even more remarkably, in also predicting his own literary afterlife, Lermontov explicitly relates to us, his contemporary 21st century audience – like the boy in the second last stanza, “drawn here, he knows not why, to sit a while and meditate alone, pondering my fate upon this stone”.

Beavitt’s translation was originally commissioned for Maxim Privezentsev’s documentary film “The Scottish Wind of Lermontov”. Intrigued by the rhythmic possibilities of the text, as well as its prophetic and philosophical content, the translator then worked with two talented young musicians from Ekaterinburg’s Conservatoire to produce a soundtrack to accompany its recital. The result is a lush, almost symphonic accompaniment to the spoken word performance, which refers to diverse influences including classical music and contemporary rap at the same time as opening a rich musical space that closely corresponds to the poem’s content.

The project was given its visual dimension by the celebrated sand artist Ekaterina Sheffer, who uses the expressive medium to capture many striking images drawn from Lermontov’s life and work. Sheffer, who has ancestral connections with the Lermontov family, is strongly associated with the famous poet’s work, having presented her sand art creations on Lermontovian themes in Beijing last year, as well as at a special Lermontov festival in Pyatigorsk this year, which was attended by Chinese and Scottish delegations.

The film is also accompanied by Russian subtitles of the original poem.